Once you’ve flung media to another Plex app, you can control it using the Players icon:

While Flung Media is Playing

When you fling media to another Plex app, the Now Playing screen is shown by default on the controller app. This screen lets you control playback using standard media controls. 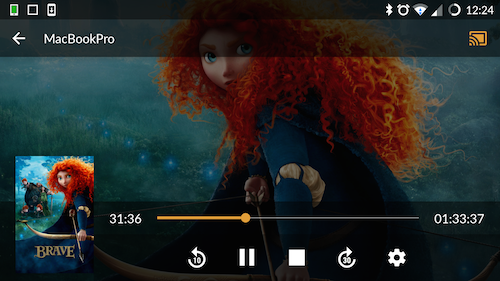 You can pause, stop, or seek to a different point in a video as normal and it will affect the playback of the app you’re controlling.

While controlling another Plex app, opening the Players menu will allow you to disconnect from that app to stop controlling it. 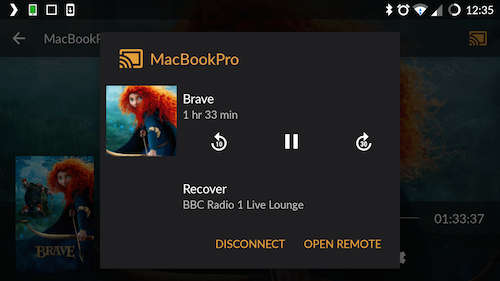 When you do so, you’ll be asked whether you wish to continue playback on your controller device. 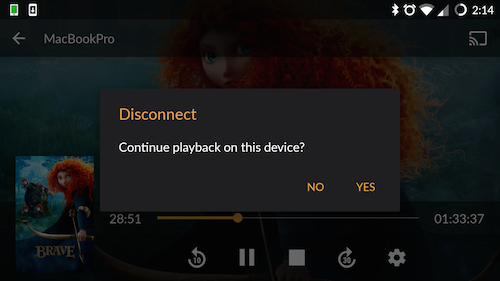 For instance, you might be watching content on your television using Plex Media Player and controlling it with your phone. If you need to leave the room, but want to continue watching, you could Disconnect and choose to continue playback on the phone.