Note: The remote control homescreen “widget” for the Plex app cannot control Chromecast. Only the actual Plex app can do so.

Once you’re ready, simply go to the Players icon at the top right and select your Chromecast there. 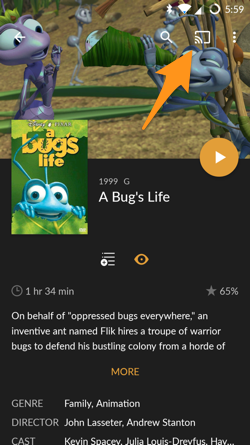 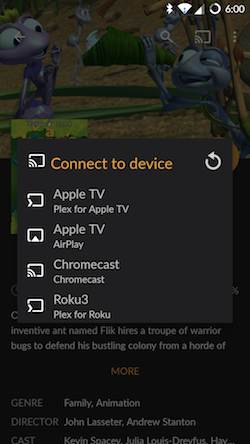 This will set the Chromecast as the device on which you want content played.

With the Chromecast selected, you can use the interface as normal. When you choose to play something, it will play on the Chromecast instead of in the Android app. As you browse content on your device, details about that content will be mirrored and displayed on Chromecast for everyone to see.

Once you start Playback on the Chromecast, you’ll see a Now Playing screen on your Android device: 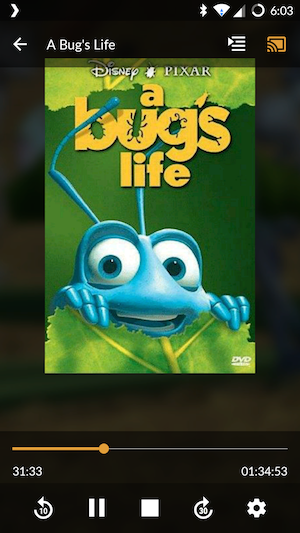 You can use the Now Playing screen to control playback on the Chromecast. Pause, stop, or scrub within the playback timeline.

Disconnecting from the Chromecast

When you no longer want to output to the Chromecast, simply go to the Players icon at the top. You can then choose to Disconnect. Once you disconnect, any subsequent content you play will be played on the Android device and not the Chromecast.