Play Queues allow you to queue up videos and music for continuous playback and endless enjoyment. You can randomly shuffle music from an artist, album, or genre, or binge on a TV series or other videos. You can easily reorder, remove, or add more content to your queue.

Note: Play Queues are not permanent playlists. In many apps, you can save the current Play Queue as a playlist that you can then access again later.

You can start up a Play Queue by playing an album, a series or particular season, filtered movie results, or any number of other methods.

For instance, you could filter your Movies Library for all PG-rated films in the Comedy genre… 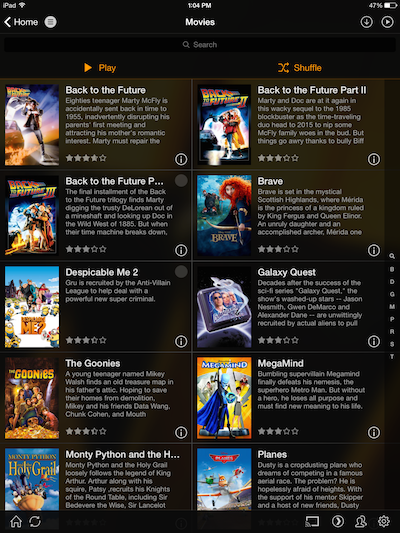 …and then Shuffle them to create a Play Queue of content for the kids to watch on a rainy afternoon. 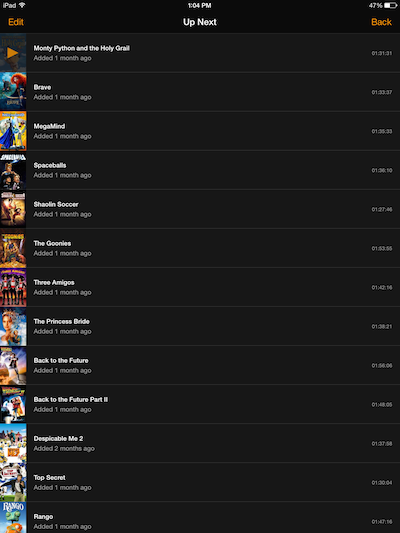 Or, let’s imagine that you’ve queued up an AWOLNATION album using Play Now: 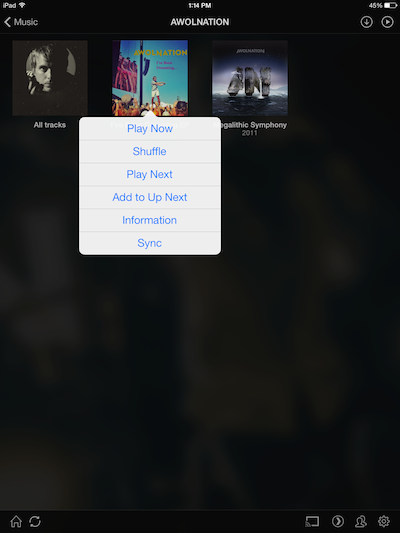 Adding to the Play Queue

So, even after you queue up some content, you may decide that you want to add something else to your Play Queue. There are two main ways to do that, and each behaves subtly differently.

An album was previously queued up and is playing the first track. You decide that you just have to listen to some Daft Punk, so you do a Play Next on one of their songs. 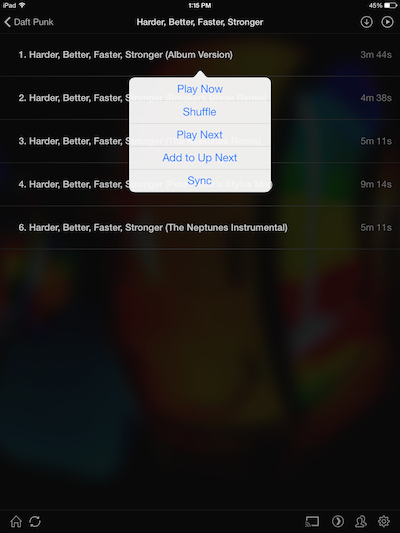 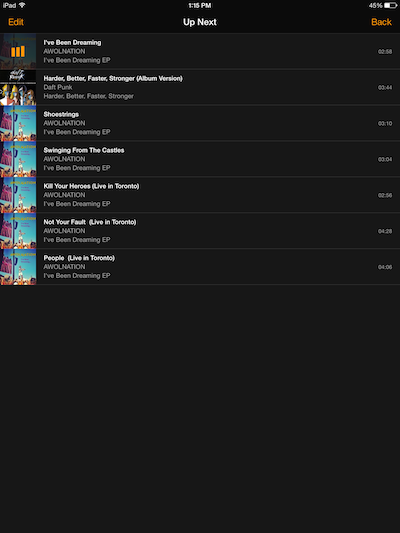 If you then add a second track using Play Next, it will again be inserted after the current item (and in front of the previous Play Next selection). 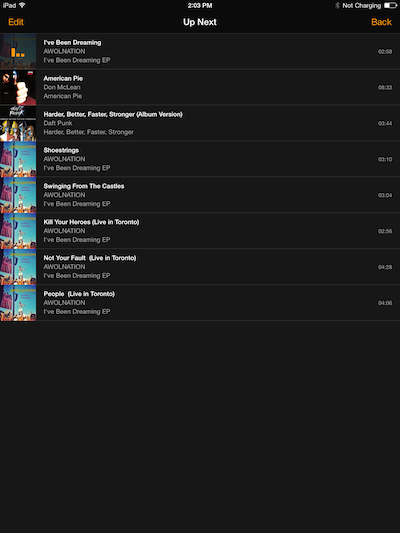 Add to Up Next

While Play Next is for getting something to add immediately after your current item, Add to Up Next is about adding to the end of what you’ve already customized.

Add to Up Next will:

If you do Add to Up Next based off of the previous activity from above, the item is added after the original album that you queued: 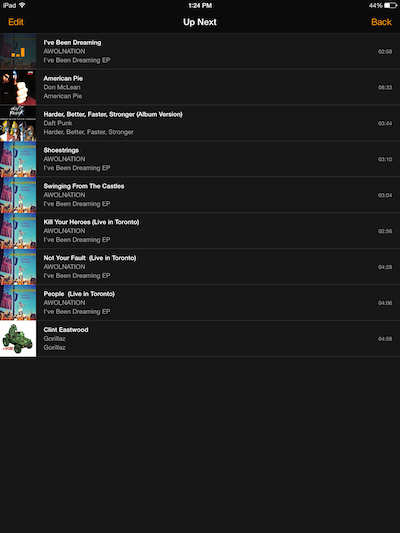 Doing a second Add to Up Next would then insert the item after the previous one because you’re adding at the end of that area. 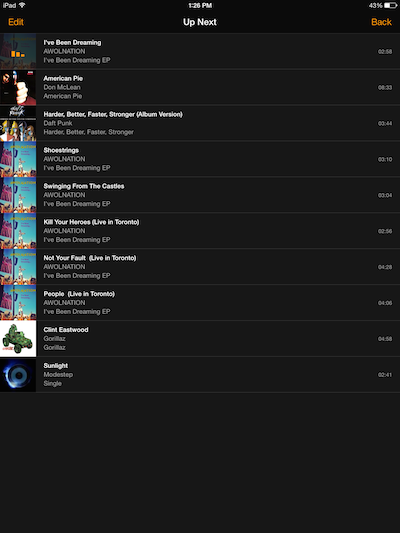 Particularly for music content, there can be different behavior based on exactly how you initiate your Play Queue. We’ll refer to the two methods as “Explicit” or “Implicit” queuing.

This is basically when you initiate the Play Queue by explicitly telling the Plex App what you’re wanting to play. In our previous example, we did a Play Now on a specific album, which was then queued up. Because we chose that album as the item to queue, we made an Explicit Queue from the album.

If, for example, you explicitly queue a full album to start with, you can then use Add to Up Next on another album and have that second album added in its entirety after your first album.

This is where you start something and other things “come along for the ride”. Imagine that instead of doing Play Now on that specific AWOLNATION album to start, you instead went into the album and simply started playing the first track. In this case, the Plex App adds the rest of the songs from the album as an implicit queue because there’s a good chance that you really wanted to listen to the full album anyway.

When you subsequently use Play Next or Add to Up Next, those actions are based on what you initially queued, which in this case was the first track of the album.

If you did an implicit queue by playing the first track of that AWOLNATION album and then went ahead and recreated all the same Play Next and Add to Up Next actions as earlier, you would end up with this: 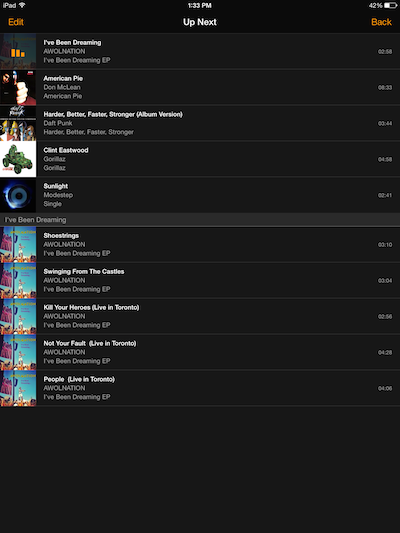 The main difference, as you see, is that when you added content using Add to Up Next, it was placed after your other customized queue content rather than at the end of the album. This is because tracks 2 through 6 on the album were only added implicitly because playback was initiated specifically from track 1 rather than playing the album itself.