When playing video content, a Post Play screen will often be displayed at the end of playback. This can occur either when playing just a single item like a movie, or a series of items like episodes in a TV show. The Post Play screen helps provide you information about what just played, what might be playing next, and even related content. Not all apps yet support post-play screens.

The specific look of the post-play screen can vary and can also depend on whether you’re in the middle of several items or have only watched a single item (such as a movie). The exact design of the screen can vary from app to app and even by situation, but there are usually some core similarities.

In many cases, multiple items may be queued up when you begin playback. This could happen if you hit Play on a television season or if you begin playing an On Deck episode when you also have other, later episodes of the same show. Post Play screens for this situation might look like the following: 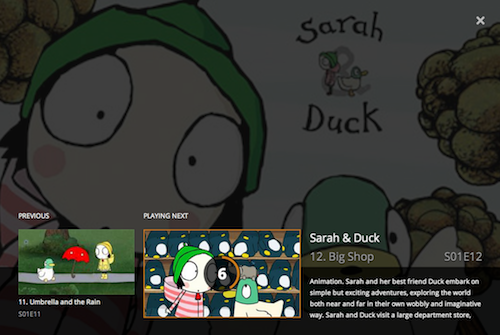 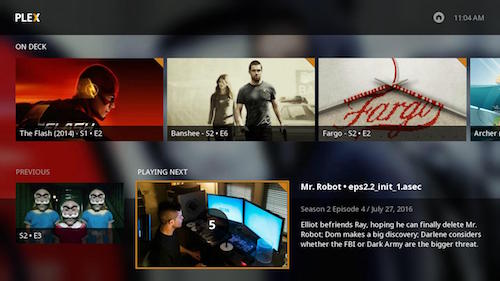 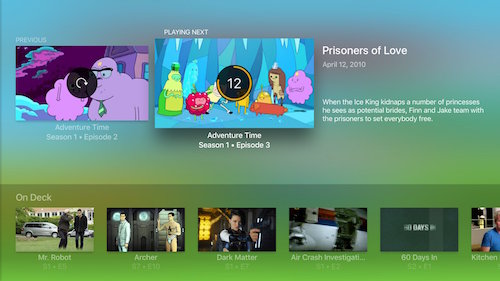 Typically, there are some main components of the screen:

When you play just a single item (such as a movie) or you come to the end of your queue, there won’t be any “upcoming” item. The Post Play screen in this case is often a little bit simpler, but could display things such as Extras that are available for the movie you just watched or a list of Related Movies from your library. 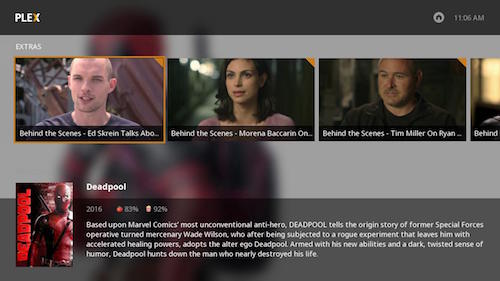 Auto-advance refers to the countdown timer on the Up Next item, which plays automatically once exhausted. It will be shown whenever there’s an Up Next item, except in the following circumstances: